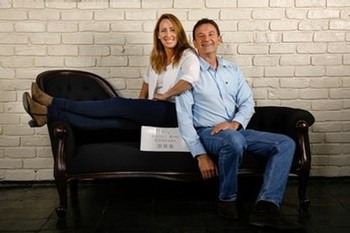 The Little Wine Company is a boutique winery comprised of husband-and-wife team Ian and Suzanne Little.

Suzanne Little is one half of The Little Wine Company’s winemaking team and also produces wines under her Talga label. Previously Senior Winemaker at Rosemount Estate, Suzanne is a winemaker with something of a university habit, recently completing a Law degree for reasons unknown.

Suzanne's career in wine started in 1988 at Katnook Estate in Coonawarra. After Katnook, Suzanne diverted to other projects, including travelling overseas, working in the Sydney Futures Exchange, and later serving as a trainee Bonds dealer. Her interest in the money markets led Suzanne back to Canberra to complete a degree in Economics at the Australian National University.

In 1991, Suzanne returned to the wine industry, working at Lark Hill in Canberra before moving to the Hunter Valley region. Suzanne completed her degree in Wine Science at Charles Sturt University while working at Reynolds and later as a Senior Winemaker at Rosemount Estate.

At Rosemount, Suzanne was ultimately responsible for Rosemount's Reserve wines, including Balmoral Shiraz and Roxburgh Chardonnay. Suzanne's passion for Chardonnay was fuelled by spending five years immersed with some of the best Chardonnay fruit available from the Giants Creek, Roxburgh and Orange District vineyards.

In 2000, Suzanne left Rosemount to join forces with her winemaking husband, Ian Little, to develop The Little Wine Company. Together, they are exploring new varieties such as Albarino, Barbera, Tempranillo, Sangiovese, Vermentino and newest kid on the block Pecorino!

"There can't be many boutique wineries that boast the in-house expertise of the Little's." John Lewis, Newcastle Herald 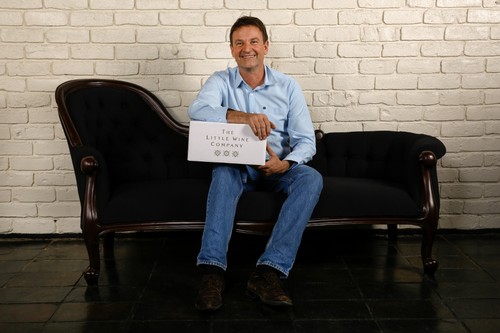 Ian Little is the other half of the winemaking duo that is The Little Wine Company. A trained biochemist and brewer, Ian has been making wine in the Hunter Valley for over 25 years. Thanks to his time at Chateau Reynella, Ian is one of the few winemakers in the Hunter Valley who has mastered the art of fortified winemaking.

Born in South Africa, Ian grew up in a number of different countries, including Brazil, Argentina and the Philippines. After completing a degree in Biochemistry in England, Ian moved to Australia and commenced work as a brewer at the historic Tooths Brewery in Broadway, Sydney.

As part of his training as a brewer, Ian enrolled in the Wine Science course at Charles Sturt University—which, at the time, was the only formal training available in the beer industry. The wine industry soon caught his attention, and in 1980, Ian moved to South Australia to work at Reynella Winery in McLaren Vale. It was at Reynella that Ian was inducted into the great tradition of Australian fortified wines. Not surprisingly, the first trophy Ian won in the Hunter Valley was for a Vintage Port.

In 1983, Ian and his father Michael founded Littles Winery in Palmers Lane, Pokolbin, releasing their first vintage in 1984. Ian developed a unique style with Semillon and Shiraz and pioneered the dry Gewurztraminer style in the Hunter Valley. Ian's Gewurztraminer is arguably Australia's most awarded Gewurz.

Ian was also responsible for setting up the Kurri TAFE Winery and training complex in the mid-1990's. He wrote and taught the original Vignerons course at Kurri TAFE, which has trained many of the Vignerons throughout the valley since its inception.

At Wine House Hunter Valley, we are proud to carry products by The Little Wine Company in our collection of leading Australian wines so you can buy wine from all your favourite Hunter Valley vineyards.

"One thing that has remained constant is Ian's quiet, dedicated and skilled approach to his wine. And it is a theme further bolstered by Canberra-born Suzanne, the gifted young former Rosemount winemaker he married." John Lewis, Newcastle Herald

"I well remember visiting the winery during its early days. I was, and still am, very impressed by his wines and the quiet no-nonsense way he and Suzanne go about producing and promoting them."  Tom Hardy

"It may be Little by name but it’s certainly anything but Little when it comes to achievement."  David Ellis, North Shore Times

"Watch this duo, they certainly have the excitement and energy that comes from people who love what they're doing."   Wine Selectors Magazine